Peek-a-boo, where are you? 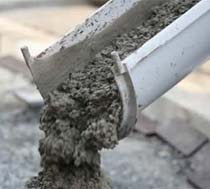 Okay its about time and I am cautiously optimistic this well is killed for good.

My more immediate concern now is where did all the oil go?  I suspect much of it lies at depth in the water column.  It didn't just disappear or dissapate.

If so we may be feeling its impact for many years on the fishery industry.

HOUSTON — BP delivered what should be a knockout punch to its damaged gulf well, filling it Thursday with cement and all but guaranteeing oil never will leak from it again.


The final step of the procedure called a static kill began Thursday morning with word BP had begun injecting cement from the top of the well, and ended five hours later with a terse statement from the company saying the pumping had stopped.

The cement may not harden fully until this morning, but once it clears that hurdle, the procedure will represent a major step in plugging the well for good, National Incident Commander Thad Allen said in a briefing.

At that point, “I think we can all breathe a little easier,” he said.