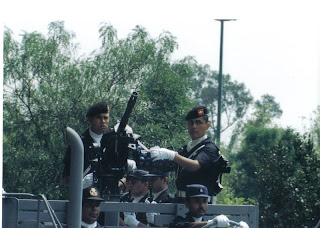 The cadavers of 58 men and 14 women were found at a spot near the Gulf coast south of the border city of Matamoros. It appears to be the largest drug-cartel body dumping ground found in Mexico since President Felipe Calderon launched an offensive against drug trafficking in late 2006.

"The federal government categorically condemns the barbarous acts committed by criminal organizations," The Navy said in a statement. "Society as a whole should condemn these type of acts, which illustrate the absolute necessity to continue fighting crime with all rigor."