The consequences of a mistake 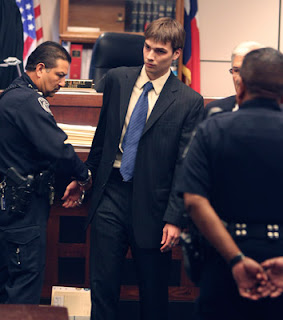 Five years in prison and a victim imprisoned in a wheelchair for life.

Is it Justice?  Will folks stop drinking, or taking drugs and drinking, and then driving intoxicated?

Driver gets 5 years for wreck
By Craig Kapitan - Express-News

On Tuesday, Chris Adkisson, now 20, was sentenced to five years in prison for the one-car rollover that resulted along Loop 1604.

His former girlfriend, Lainy Loyola, watched the sentencing from a pink wheelchair. Paralyzed when she was ejected from Adkisson's BMW 325i, the petite former cheerleader, now 19, had told a crowded courtroom Monday that she fears nobody will want to marry her.