The wages of sin 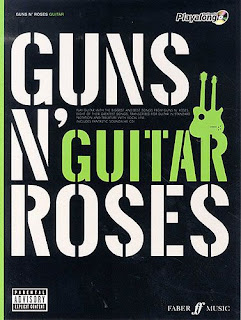 Guns, guitars, all that was left to be needed to be found were some roses.

Guns, guitars and more than 4 ounces of pure cocaine were seized and two brothers arrested Wednesday in the bust of what authorities called a narcotics distribution center on the far West Side.

Bexar County sheriff's Lt. Tammy Burr said the two brothers, Lance Diaz, 25, and Ryan Diaz, 20, were operating “a pretty high level distribution” facility out of a residence in a quiet neighborhood of brick-front homes in the 9300 block of Centrovista Drive near Hunt Lane and Potranco Road.

Deputies executing a search warrant also seized a large press they said the men used to compress and package bricks of cocaine; yards of plastic shrink-wrap and other packing materials; and large jars of a B-complex vitamin powder that Burr said were used to “cut,” or dilute, the pure drug for street sales.