A tragedy which could have been prevented 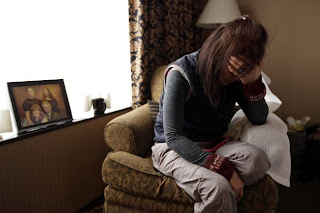 This is a tragic story and underscores the fact that Law Enforcement officers need to be better apprised of the mental health laws.

This need not have happened.

'The decision to kill my son was wrong'
By Peter J. Holley - Express-News


Squeezed inside their modest Northwest Side hotel room two days before Christmas, the Cullum family is finding no joy this holiday season.

It's been three weeks since their mentally ill son and brother, Tavan Cullum, 31, set fire to his family's house and led authorities on a low-speed chase up Interstate 10 before he was shot and killed by police outside Boerne.

Trading presents, preparing a large turkey dinner, and other holiday traditions have been replaced by phone calls to the insurance company and daily trips to Cullum's gravesite, where his mother lies on his grave and sobs.