Don't destroy the Constitution because you are pissed off 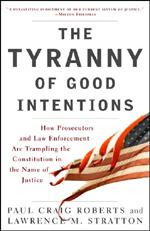 And how, just exactly, will this NOT violate the ex post facto law prohibition of the Constitution?


ex post facto law Law Definition
n
A law intended to apply to crimes or events that took place before its passage. The United States Constitution forbids the passage of ex post facto criminal laws, on the principle that it is wrong to punish an act which was not illegal when committed.
US may pass new law to prosecute Assange
By David Usborne - The Independent


Anger at Julian Assange continues to consume much of Washington this weekend, and a first formal hearing on Capitol Hill over options for prosecuting him could come as early as next week. Yet a claim made by one of the WikiLeaks founder's lawyers, that the US was preparing to file charges against him "imminently", was dismissed by an official at the Justice Department.
That Washington would like to take legal action against him and as quickly as possible can hardly be in doubt. But building a case solid enough to allow Eric Holder, the US Attorney General, to seek Assange's extradition from Britain, if that is where he still is at the time, or – possibly more problematically – from Sweden, may not be easy. The most obvious first stop might be the 1917 Espionage Act. But when the US government tried to use it to punish The New York Times for publishing the Pentagon Papers in the 1970s, it failed.
It is for that reason that some US politicians are introducing draft legislation to expand existing US laws to make it easier for Mr Holder to do his job. The so-called Securing Human Intelligence and Enforcing Lawful Dissemination (Shield) Bill was thus introduced by Congressman Peter King, a Republican from New York who will become chairman of the House Intelligence Committee when the new House of Representatives with a Republican majority convenes in January. The Bill would make it illegal to publish the names of military or intelligence community informants.
The rest of the story:
Posted by Sam at 7:41 AM