The look of a nightmare 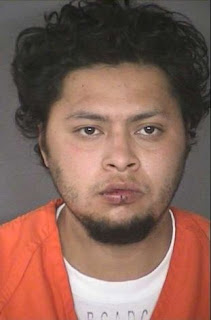 This is truly the face of every parent's worst nightmare.

He better take the best deal offered to him because it seems to be a pretty open and shut case.

Police rescued a 7-year-old girl and arrested a 23-year-old man, charging him with kidnapping the girl from outside her Southwest Side apartment and sexually assaulting her while holding her captive in a vacant unit nearby, officials said Tuesday.

Fernando Flores-Miranda was set to be booked into Bexar County Jail on one count of aggravated sexual assault of a child, aggravated kidnapping and resisting arrest. Officials also believe he's in the country illegally.