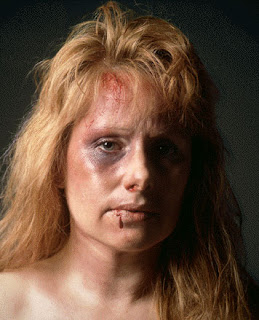 Are the cases I've recently posted about a harbinger of bad tidings?

Please walk away before you do something you'll regret later.


Houston-area women's shelters are preparing for the storm that comes every year after the calm of Christmas.
Domestic violence counselors say the new year is typically ushered in with a spike in emergency hot line calls and requests for emergency services. And 2011 will likely be the same, considering most agencies saw an increase in the need for services this year.
A study by the National Resource Center on Domestic Violence found that the number of emergency calls tend to drop on Christmas Day and then go up, suggesting that families try to have a joyous holiday, despite the violence that may occur the rest of the year.
"Families go to great lengths to preserve the appearance of normalcy for holidays like Christmas and Thanksgiving because they're family holidays," said Rebecca White, president and CEO of the Houston Area Women's Center. "Then other days, such as New Year's and the Fourth of July, we see the numbers go up. Those holidays involve use of alcohol and they're less family-oriented."
The rest of the story:
Posted by Sam at 7:48 AM