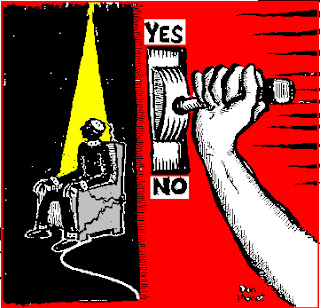 Well this will set off a firestorm of controversy.

Are the safeguards in place enough?  Maybe not if some innocent folks have been executed, obviously.

I am concerned about the fact that some of the problems may arise due to overzealous law enforcement procedures or prosecution.  Sanctions need to be enforced for folks that abuse the system and prosecute folks due to ginned-up testimony and the like.

Take away law licenses and imprison some folks and that will help put the kibosh on the unethical practices of the few who give the many a bad reputation.

The state of Texas does not adequately safeguard against executing the innocent, national anti-death penalty experts and defense lawyers are expected to argue this week in an effort to get a Houston judge to renew his declaration that the death penalty is unconstitutional.

The hearing, a rare judicial review of capital punishment in Texas, is expected to last two weeks and attract some high-profile death penalty opponents, including Barry Scheck of the Innocence Project.

Scheck is expected to try to convince the judge that Texas executed two innocent men and has almost certainly executed others who were innocent.