I see nothing good coming out of this 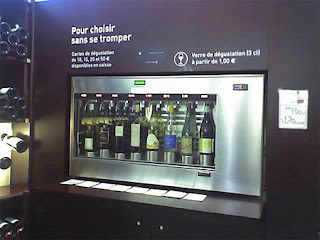 This a monumentally stupid idea in my opinion.

Wait until some underage kid gets killed or kills someone because they obtained wine from the vending machine at the local neighborhood Walmart.

They'll get the pants sued off of 'em.

PITTSBURGH (KDKA) — First Giant Eagle, then Shop ‘n Save and now Walmart is interested in having wine vending machines at several of its stores in our area.

The Pennsylvania Liquor Control Board says that Walmart has preliminary approval to put the kiosks in stores in North Fayette, North Versailles, Butler, Washington, Belle Vernon, Monaca and New Castle.

However, negotiations are still going on and the list could change.

The machines require customers to swipe their driver’s license and even give a breathalyzer test before they can choose between more than 50 varieties of wine.