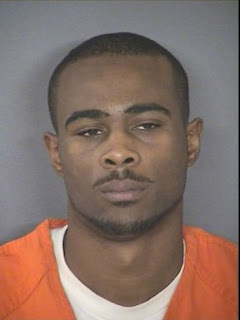 Man, the dude was just building up his street cred.

A local rapper arrested in an undercover sting while shooting a music video Saturday is being held without bail in Bexar County Jail.

Davone O. Truitt, 23, faces nine charges, including felony possession of a weapon, forging a government instrument, possession of marijuana in a drug-free zone, injury to a child, assault with bodily injury, evading arrest, aggravated assault of a public servant and possession of a prohibited firearm.

San Antonio police officers with the San Antonio Regional Intelligence Center had developed information that Truitt, who raps as Dae Teezy, would be shooting a music video at Pletz Park on the East Side, according to a Lone Star Fugitive Task Force news release. About 20 local law enforcement officers surprised the rapper as they prepared to film just before 1 p.m. Saturday, officials said.