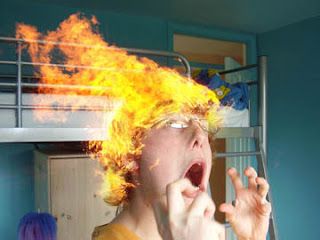 Well being an arson suspect sure would put a hickey into your plans to run for a position on city council.

Unless you're planning on running on a platform of urban renovation, I guess.


A restaurant owner and San Antonio City Council hopeful was one of eight people arrested on arson-related charges Tuesday by the Bexar County fire marshal's office as part of a warrant roundup.

Seven of the arrests stem from three unrelated fires in 2007 that destroyed a North Side restaurant and two vehicles. Investigators believe they were deliberately set to collect insurance money, according to arrest warrant affidavits.

Another suspect was detained on suspicion of violating his probation on a 1987 charge that he set fire to a commercial building.