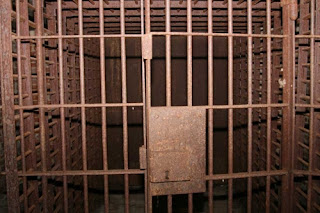 I wonder what recourse the family actually has?

NANCHANG - Prosecutors in an East China city are probing the sudden death of an inmate who was in police custody for less than a month after his family claimed he might have been beaten, local authorities said on Sunday.
Zou Shenghuai, 54, fainted in his cell on the morning of Dec 11 at a detention center in Yuanzhou district, Yichun city in East China's Jiangxi province. He died after emergency medical treatment failed to resuscitate him.
"We have launched an investigation at the family's request and will hold an autopsy to determine the cause of the death," said Li Jianfeng, a deputy director of the district prosecutor's office in Yichun.

Li said investigators had found no signs of assault or illegal treatment so far in connection with Zou's death.
According to a police report on a physical exam that Zhou underwent when he was detained on Nov 23 on charges of illegal logging, he had emphysema, a swollen liver and a blood tumor in the spleen.
"Whether it was caused by illness or beating, the death of my father was a blow to the family," said Zou's daughter, Zou Fuhua. "It is hard for me to accept that he died just 20 days after being detained, especially when I know beating in custody is common."
The autopsy should be conducted by forensic experts from outside Jiangxi, preferably from Beijing or Shanghai where forensic analysis is more trustworthy, Zou Fuhua said.
Beatings and other irregularities in China's detention facilities have come under close public scrutiny following a string of "unnatural" deaths in the past two years.
The most prominent case was reported in February 2009, when authorities at a detention center in southwestern Yunnan province said 24-year-old inmate Li Qiaoming had died while playing a game of hide-and-seek. An inquiry concluded that Li was beaten to death by three other inmates.
Posted by Sam at 8:03 AM