Rest in Peace Baby Gabriel, we hardly knew you 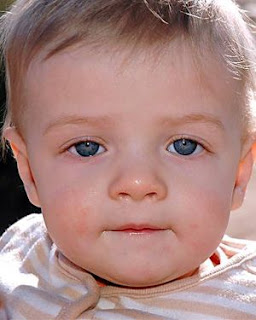 If true, that she gave a confession she murdered Baby Gabriel, I hope all of the prerequisites were met so the confession can't be suppressed.

That poor baby, may he rest in peace.

The mother charged with kidnapping her 8-month-old son — last seen alive here almost a year ago — admitted to a San Antonio police detective that she killed him, a Phoenix TV station has reported.

Detective Jesse Salame interviewed Elizabeth Johnson, 24, with two guards present at Maricopa County Estrella Jail in Phoenix on May 10, her attorneys have said.

During that interview, which Salame reportedly recorded, Johnson said she killed her son Gabriel, the TV station reported.