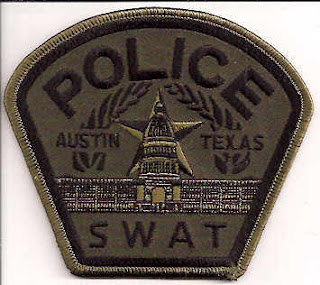 Needless to say he probably wrecked his career too.

This a bad time of the year for many folks; stresses build up, its the holidays and much drinking is condoned.

I hope the officer can get beyond this.

The big concern for me is that he was on call and he was drinking.


Austin police Sgt. David Austin stood before a group of men, all members of the department's SWAT team, about three weeks ago with a stern warning.

With the holidays looming, he cautioned them against doing anything that would cause trouble or tarnish the reputation of the tight-knit group.

Now an unwanted spotlight shines on them.

One SWAT officer, Michael Hamilton, was charged with drunken driving after investigators said he crashed his unmarked police car in Southwest Austin on Dec. 3. Other members have been questioned about whether they were at a gathering at a private home with Hamilton, who was on call to respond to emergencies, before he drove away.