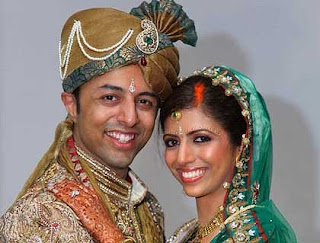 Why would the groom pay the taxi cab driver to do this?

Why get married only to "off" your bride on your honeymoon?

Insurance?  Or is the cabbie lying?

A paramedic who examined the body of Anni Dewani, the bride who was killed while on honeymoon in South Africa, shortly after it was found in the back of an abandoned taxi believed she had been "executed".

The unnamed man said Mrs Dewani’s clothes were neatly arranged and there was no sign of a struggle or sexual assault, as had been previously suggested. He said it appeared she had been shot in the neck and stabbed in the back, but said he saw no gunshot injury to her hands.

His claims contradicted a witness at the scene, who said Mrs Dewani’s dress was pulled up, suggesting a sexual assault.


They also contradicted a forensic and ballistics report by experts commissioned by lawyers acting for her husband, Shrien Dewani, a 30-year-old businessman from Bristol who is facing extradition to South Africa over police claims that he paid gunmen to ambush the couple’s taxi and kill his wife in Cape Town.

The latest claims were made by the medical officer who compiled the declaration of death at 7.59am on Nov 14, about 90 minutes after police found the 28-year-old Swedish-born engineer’s body.

"I didn’t see any wounds on her hands," he said. "I didn’t examine them, but I’m sure if she was shot I would have noticed blood coming from her hands. The only wounds I noticed were the bullet wounds in her neck and two or three stab wounds on her back from a knife.

"There was no sign there had been an attempted sexual attack or fighting. Her clothes were neat.
"It looked as if someone in the passenger seat had leant over and shot her in the neck. I got the impression she was executed."

Zola Tongo, the couple’s taxi driver, alleged that Mr Dewani had paid him and his accomplices 1400 pounds to kill his wife.

The two alleged gunmen, Xolile Mngeni, 23, and Mzwamadoda Qwabe, 26, were arrested and charged with murder, aggravated robbery and kidnap. They are due to stand trial in February.

A South African police spokesman declined to comment on the latest reports, saying the full autopsy findings would be made public only in court.
Posted by Sam at 4:39 AM