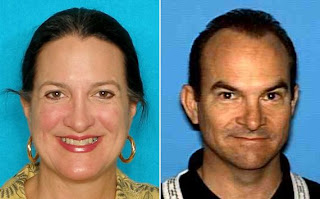 Another needless and senseless murder-suicide.

A disclaimer:  I knew Arden Specia and I considered her to have been a friend of mine.

It appears to be a murder-suicide.

God rest her soul and watch over her two boys.

My condolences to the Specia family as well as to his family.

The shooting death of an estranged San Antonio couple at a home they owned near Canyon Lake was a murder-suicide, said the woman's mother, who said she witnessed it.

Mary Specia, 79, said she was at the ranch house with her daughter and the couple's two sons, ages 9 and 10. The couple were going through a messy divorce, records show, and the weekend was Specia-Spencer's to spend with her children.