Are you cold yet? 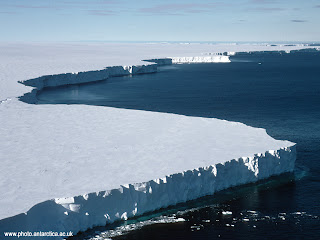 You don't like the weather?  Just wait, it'll change.

AFTER nearly two weeks of snow and sub zero temperatures rivaling those of Siberia, the old joke about global warming being a good thing has had a new lease of life. So what has happened to doom-laden predictions of the world heating up as glaciers melt? Mike Kelly reports.

FIRST the good news. These bitter winters aren’t going to last forever. The bad news is that they will go on for the next 30 years as we have entered a mini ice age.

So says author Gavin Cooke in his book Frozen Britain. He began writing it in 2008 and it was published last year when experts were scratching their heads at the cause of the bitter winter of 2009/10 which brought England to a standstill.

Some said it was a one-off event, with experts predicting snowfall becoming increasingly rare.

Now, 12 months on, the current sub zero spell makes last year look just a bit chilly. Just like kids enjoying ‘snow days’ off school, Gavin ought to be delighted with the cold snap. After all, he can justifiably say ‘I told you so’. But he’s as glum as the rest of us.

“I’m getting sick of it myself,” he said.