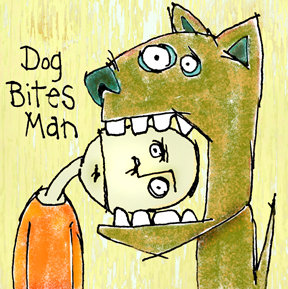 Great, the guys dog apparently had bitten someone so the dudes apparently pay him back by attempted murder or agg. assault with a deadly weapon.

How stupid is this?  They're looking at least at 2 to 20 years in prison and  possibly up to 5 to 99 years or life, if the facts warrant it, when they are apprehended.

A South Side man was shot in the back Saturday in what police were calling a retaliation incident.

Police responding to a call of shots fired in the 1900 block of South San Marcos found the man inside the
Artisan at Creekside apartment complex shortly after 6 p.m.

Investigators said three men confronted the victim on the street outside the complex shortly before residents heard four shots. Police were told the shooting was a result of a dispute that apparently began when the victim's dog bit someone last week.