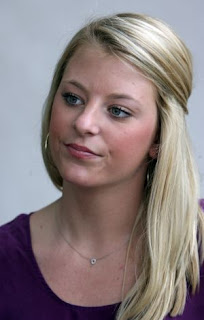 I hope she still enjoys the music.

A San Antonio woman whose music downloading case was the first to reach the U.S. Supreme Court says she doesn't know how she'll pay $27,750 she now owes five music companies.

The Supreme Court last week rejected a request from Whitney Harper to hear her appeal of a lower court ruling that found she owes $750 for each of the 37 songs she downloaded when she was a teenager at Alamo Heights High School.

The music companies haven't officially billed her, and she said she hopes that doesn't come.