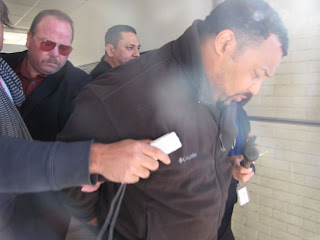 Sounds like they have enough evidence to make the case against Eli Rodriguez now.

Arrest made in cold case
By Eva Ruth Moravec Express-News

New technology helped San Antonio Police Department cold case detectives make an arrest in a 2005 double murder in which the suspect was released in 2006 after capital murder charges were dropped.

Eli Rodriguez, 34, was set to be booked in Bexar County Jail on one count of capital murder. A judge set bail at $1 million.

He's accused of killing Jack Dahrling, 86, and his son, Robert Dahrling, 53, for whom he worked as a caretaker at the family's home in the 15600 block of Creekside Street.