Bringing "Doughnuts" to the police 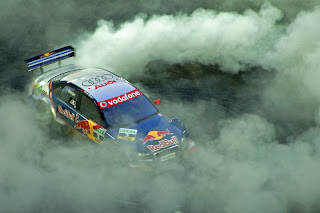 I bet she was polite too.

Police say Helenan asks to be arrested
Helenair.com
-
When spinning doughnuts in front of the police station didn’t get her the attention she wanted, an allegedly drunken 39-year-old Helena woman parked her vehicle, went to the window at the law enforcement center and asked for assistance in getting arrested for driving under the influence.

“She was upset that she had been driving around spinning brodies and no officers had arrested her. She said she wanted to get arrested because she was drunk,” Helena Police Chief Troy McGee said.

Pennington also allegedly crashed into a vehicle parked near the police station and took out the bumper of her 1991 Jeep Cherokee by hitting a retaining wall in the backside of the building.

“She said she was breaking the law on purpose to try and get arrested,” McGee said. “We’ve never had anything quite like that.”

Police arrested Pennington on misdemeanor charges of DUI, driving with no insurance, careless driving, reckless driving, leaving the scene of an accident, driving on a suspended license and having an open container of alcohol in the vehicle.

Police say she remained too intoxicated to appear before Helena Municipal Court judge Tuesday morning.
Posted by Sam at 7:27 AM