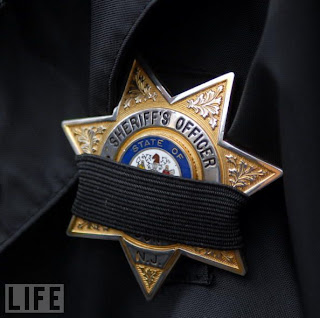 I'm sorry this happened to the Deputy.

My condolences to his family.

Uvalde Sheriff Charles Mendeke told KENS5-TV that two officers were called to a domestic disturbance involving the girl and a family member. The deputies struggled to detain the teenager.