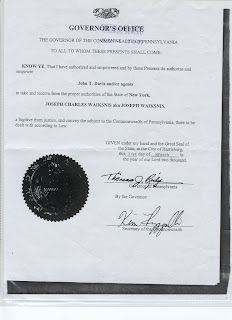 I will be a fortune teller.

I see a Governor's Warrant issuing for his extradition in the near future for Mr. Nelsen.

A man arrested in Alabama has been charged with an April slaying in Bexar County.

Kenneth Nelsen, 40, was charged with the murder of Mark A. Gabler, 33, whose skeletal remains were found in a rural Bexar County field in May.

The victim was killed after being accused of molesting a 7-year-old relative of Shawn Phillips, 32, who was arrested and charged with the murder in October.