Note to Jurors: You don't get a mulligan, neither does Arden 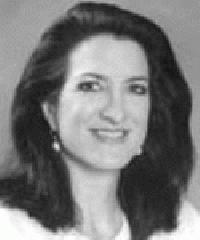 I truly hope the Bexar County jurors that sat for a week in trial in County Court at Law #7 in the earlier Family Violence Assault charge against Mark Spencer for striking his wife Arden Specia, and finding him not guilty, have read the news of his murdering her and then committing suicide.

There would of course have been no guarantees that if he had been convicted of the family violence charges that this murder wouldn't have happened.

Taking his guns away from him would have been a start however.

Former DA: Wife in murder-suicide feared for her life
By J. Louise Larson The Herald-Zeitung


NEW BRAUNFELS — An autopsy conclusively revealed Sunday’s shooting deaths on Purgatory Road were a murder-suicide, but that was just the terrible finale in a marriage plagued by domestic violence.

Link to another article:
Posted by Sam at 7:07 AM