You play; you pay 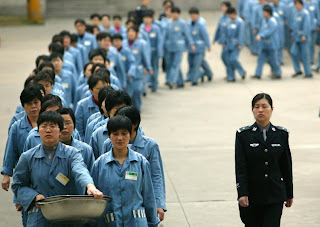 Not a bad idea is it?

Perhaps all elected officials here should take a tour?  Starting with Maxine Waters and Barney Frank.

More than 120 officials from Hannan district in Wuhan, Hubei province, visited a prison as part of a campaign to prevent corruption, the local Changjiang Daily reported Thursday.

Two prisoners, former officials convicted of corruption crimes, shared their own stories about their abuse of political power.

An official in charge of discipline in the district said that the visit to the prison gives officials awareness about the cost of corruption.
Posted by Sam at 8:14 AM