Nary a drop of rain in sight 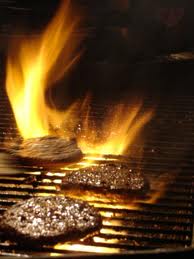 With us in Stage 2 water restrictions and about to hit Stage 3 and no rain in the immediate future foercasted this only makes sense.

Comal County will probably follow up this week and I believe all of the surrounding counties should join in as well.

SEGUIN — Barbecues, fireworks and outdoor welding have been banned in Guadalupe County until after the July 4 holiday.

This comes after the county judge signed a local state of disaster declaration and sent it to the governor’s office on Friday. Gov. Rick Perry signed the declaration Friday, extending the ban until July 5.