Nearer my God, to thee 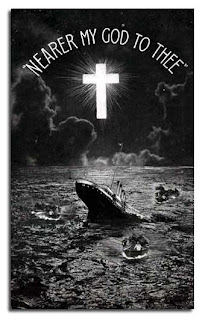 The Titanic is going down for Mr. Leal .

One step closer is he.

The band plays on.


HOUSTON (AP) — A federal judge has refused to stop the upcoming execution of a Mexican national convicted of the 1994 rape-slaying of a 16-year-old San Antonio girl.

Leal's attorneys argued his punishment should be blocked because he wasn't told he could contact the Mexican consulate for legal help after his arrest for the murder of Adria Sauceda. They also said a bill introduced last week in Congress would allow federal courts to review cases of condemned foreign nationals.