I'm contemptuous of her too 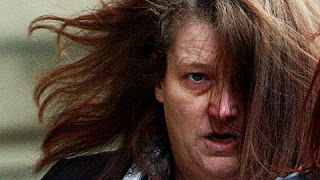 What part of don't communicate with anyone involved in the case didn't she understand?

The first juror to be prosecuted for contempt of court for using the internet has been jailed for eight months, after her online activities led to a retrial in a multi-million pound drugs case.

Mother-of-three Joanne Fraill, who admitted at London's High Court to using Facebook to communicate with a defendant in a drug trial, was distraught when sentenced.

The 40-year-old, who also has three stepchildren, used the social networking website to swap messages with Jamie Sewart, in the third of four trials.