Say are you happy to see me or is that a banana in your pocket? 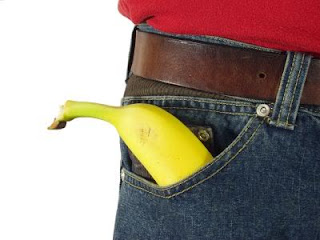 Ummmmm...........they can do this because because its not a First Amendment issue?

Doesn't the Feds have other more pressing concerns?

When I was growing up it was widely believed that colleges and universities were the part of our society with the widest scope for free expression and free speech. In the conformist America of the 1950s, the thinking ran, few people dared to say anything that went beyond a broad consensus. But on campus anyone could say anything he liked.

Today we live in an America with enormous cultural variety in which very few things are considered universally verboten. But on campus it's different. There saying something considerably milder than some of the double entrendres you heard in cable news coverage of the Anthony Weiner scandal can get you into big trouble.

These reflections are inspired by a seemingly innocuous 19-page letter on April 4 from the Department of Education's Office of Civil Rights to colleges and universities. The letter was given prominence by Greg Lukianoff, president of the Foundation for Individual Rights in Education, which has done yeoman work opposing restrictive speech codes issued by colleges and universities.

OCR's letter carries great weight since there are few things a university president fears more than an OCR investigation, which can lead to loss of federal funds -- which amount to billions of dollars in some cases.