Child abuse or not? 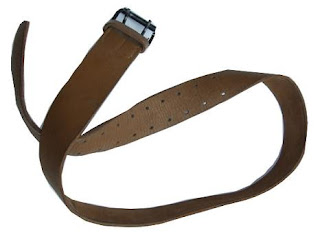 Seems a wee bit excessive, no?

Of course, I got switched and beaten with a belt and other stuff too.

A man has been arrested on suspicion of beating his daughter after she received a bad behavior grade in school and for cussing at another child.

Medrano used a leather belt to beat the young girl under the age of 7 more than 10 times on April 1, according to an arrest warrant affidavit. Investigators said they found multiple bruises in the shape of a belt on the child's back, buttocks, sides and legs.