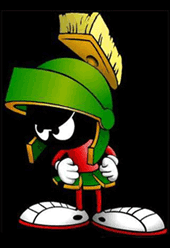 Hey at least she didn't wake up speaking like a Martian or something.

SALEM, Oregon (AP) — Karen Butler has a British-sounding accent, but she's never been to Europe. She woke up from dental surgery one day talking funny.

A year and a half later her "foreign" accent remains, and her story has traveled around the world.

The 56-year-old tax consultant from Toledo, Oregon, has found her life transformed by the dental procedure, which left her with dentures, and — depending on whom you ask — an Eastern European, Swedish or British accent.

Butler had all her top teeth and front bottom teeth removed in November 2009 because of gingivitis. A week later the swelling had gone away, but she still sounded strange. Her dentist told her she just had to get used to her new teeth.

But as weeks stretched on with no change, Butler did some online research. She diagnosed herself with Foreign Accent Syndrome, a medical condition with only a few dozen documented cases.