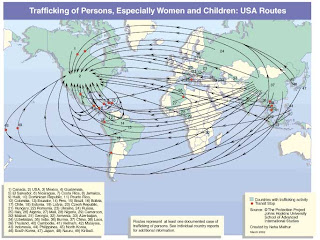 The defendant committing document fraud and human trafficking is from Nigeria?

Nigerian woman convicted of human trafficking in the U.S.
Odili.net

Theformer Suwanee resident was convicted Friday in Atlanta on charges involving two people recruited to the area from Nigeria.

U.S. Attorney Sally Quillian Yates said in a release: "The evidence showed that this was a case of modern-day slavery hidden within an expensive home in an upscale neighborhood. The two women who were abused here thought they were going to be nannies; instead they were treated inhumanely. The laws of the United States protect all victims from such abuse, regardless of where they came from or how they came to be in the United States."