Is this the face of the killer? 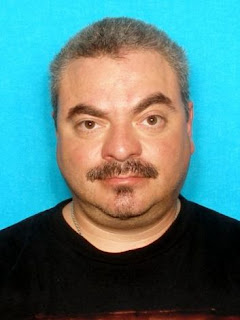 Is he the person of interest?  Only time will tell.

He will face a capital murder charge.

Just two days after Bexar County sheriff's Sgt. Kenneth Vann was honored by thousands at his funeral, officials raided a far South Side house and arrested a man they said was responsible for the ambush-style slaying last month.

Mark Anthony Gonzales, 41, was taken into custody without incident before 4 p.m. Sunday at his home in the 19700 block of Pleasanton Road, one mile north of Loop 1604.

He faces one charge of capital murder, something that shocked his mother-in-law.