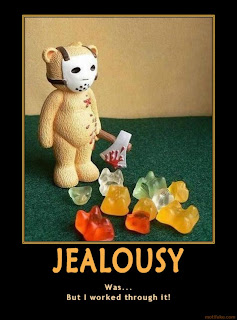 A story as old as man.

A San Antonio man was handcuffed and taken into custody Monday to await sentencing after a jury found him guilty of killing a teen he had known since elementary school.

Prosecutors said Alexander Johnson, 20, lashed out with a .45-caliber pistol in May 2010 after finding out that a co-worker he had feelings for had begun dating someone else.

Within hours of finding out, Josue Barea-Torres, the roommate and best friend of the woman's new boyfriend, was shot four times in the parking lot of the woman's apartment complex, according to Assistant District Attorneys David Martin and Alysha Bissell.