Will dance for rain 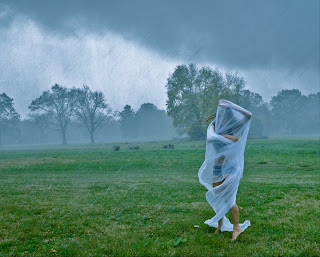 Man it is getting bad out there.  How bad is it?  I wore a light blue shirt and khaki pants to work the other day and someone said I looked like Texas i.e. clear blue skies above and brown grass below.

I'm starting to see the effects of idiot drivers who toss their cigarettes out of their car windows setting the grass and brush on fire along the highways.

Are you folks stupid or what?

With no rain in sight and temperatures scorching, Stage 3 water-use restrictions could be announced as early as Monday, the Edwards Aquifer Authority said Wednesday.

When that happens, landscape sprinkling will be allowed only once every two weeks, rather than weekly, unless by a hand-held hose, and restrictions for hotels and golf courses would be tightened. All other Stage 2 restrictions would remain in effect.

Sweltering, triple-digit temperatures were forecast for the area through the weekend, with little to no chance of rain through next week, the National Weather Service said.