Hating on the necklace 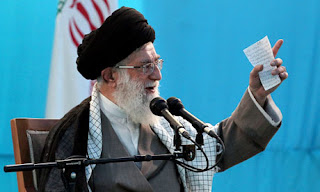 This from a country on the verge of having nuclear power and the ability to produce nuclear weapons.

Anyone else concerned besides me?

Iranian men have been banned from wearing necklaces in the latest crackdown by the Islamic regime on "un-Islamic" clothing and haircuts.

Thousands of special forces have been deployed in Tehran's streets, participating in the regime's "moral security plan" in which loose-fitting headscarves, tight overcoats and shortened trousers that expose skin will not be tolerated for women, while men are warned against glamorous hairstyles and wearing a necklace.

The new plan comes shortly after the Iranian parliament proposed a bill to criminalise dog ownership, on the grounds that it "poses a cultural problem, a blind imitation of the vulgar culture of the west".