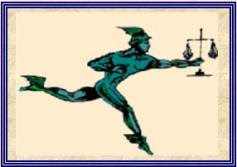 Its been busy at the Bexar County Courthouse this past week.

Barely a half-hour to deliberate?  Heck, it usually takes that long just to read the jury charge.

No reasonable doubt for this jury.

It took jurors barely more than half an hour to return a guilty verdict Friday in the murder trial of a Honduran accused of bludgeoning to death an acquaintance in the back yard of a West Side home.

Neptali Armando Orellana, 38, now faces up to life in prison for the June 2009 murder of Jesus Ponce, 44. State District Judge Juanita Vasquez-Gardner is to sentence him next month.

Although no witnesses saw an attack, men who were hanging out in the yard that night said Orellana and Ponce still were there as everyone else left, prosecutors reminded jurors during closing arguments.