You can run but you can't hide 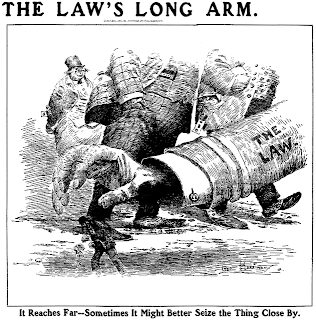 Nabbed by the long arm of the law.

A man arrested in Brazil last year after fleeing Bexar County while free on bond on a murder charge is back in custody in Bexar County nearly 14 years after he reportedly killed a friend.

Leonard Ray Harper, 40, is being held in Bexar County Jail on one count of murder in connection with the 1997 shooting death of Jerry P. Permenter Jr., who was 27. He also faces one count of driving while intoxicated, also stemming from a 1997 incident, and is being held without bail, according to county records.

According to published reports, Harper allegedly drove his friend to a field and shot him several times in the head after Permenter reportedly kicked Harper's girlfriend's stomach while she was pregnant. Contractors at a construction site in the 2300 block of Cobble Way found Permenter's body on Aug. 25, 1997.