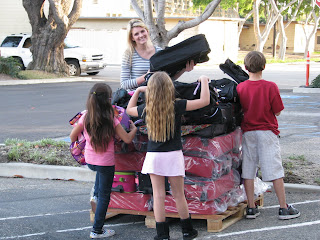 Don't they tell people at the airports and like not to do this?

The warning came on the 24th International Day Against Drug Abuse and Illicit Trafficking.

The customs said Chinese citizens, especial women, should be wary of taking, receiving, keeping, sending, selling or buying packages which they did not know the exact contents of.

A customs official said drug traffickers use a variety of methods to cheat or force people into transporting drugs, for instance they could trick people into carrying their drug-laden luggage saying they couldn't as their other luggage had already passed the weight limit.

On May 6, Guangzhou customs detained a Chinese woman returning from southeast Asia after 2,503 grams of heroin was found planted in her luggage.

Drug traffickers often take advantage of the weak to transport drugs, said the official. There have been numerous cases of traffickers tricking pregnant women, minors and handicapped people to deliver hidden drugs for them.
Posted by Sam at 8:40 AM