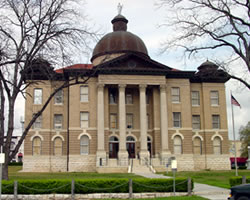 Man, the Hays County Grand Jury sure was busy.

Larry Joe Reynolds, 59, is being held in lieu of $940,000 bail, says Commander Penny Dunn of the San Marcos Police department. He was indicted last week on 33 counts of sexual performance of a child; 13 counts of online solicitation of a minor; and a single count of continuous sexual abuse of a child.

She declined to discuss specifics of the case, saying police are still trying to piece together how many victims may have had contact with Reynolds. Some of the victims are pictured in the digital images found on his home computer. Investigators don't know if those images were taken locally, Dunn said, or procured from other sources on the Web.