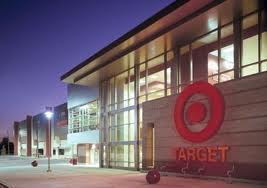 And now she'll get to make the scene in Court.

MCCANDLESS (KDKA) — A frustrated woman took a baseball bat to the front windows of the Target in McCandless.

Donna Rosenberger, 39, of Cranberry, had an explanation for her actions.

“I tried returning two ice cream makers and they would not give me my money back,” she said. “So I made a scene yesterday.”