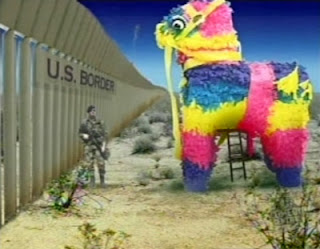 Once again our borders are crossed by armed troops from Mexico.

Is anyone awake down there?

Hello??  Janet Napolitano??  Changing the name of your agency to Homeland Insecurity?

It happens as Customs and Border Protection inspectors try to figure out what to do.

A CBP spokesperson says they got on the phone with Mexican authorities after being alerted that the military trucks were heading their direction loaded down with soldiers and weapons.