Why did the officers shoot him? 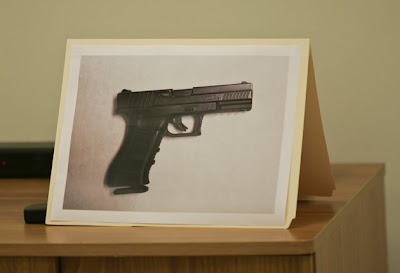 Apparently because your son's air-soft gun looked like the real thing to the officers.  It looks pretty damn real to me.

They however did not know it was a pellet gun.

Or at least that is what is known at this time.  Apparently the Texas Rangers will be investigating this matter.


BROWNSVILLE, Texas (AP) — The parents of an eighth grader who was fatally shot by police inside his South Texas school are demanding to know why officers took lethal action, but police said the boy was brandishing — and refused to drop — what appeared to be a handgun and that the officers acted correctly.

The weapon turned out to be a pellet gun that closely resembled the real thing, police said late Wednesday, several hours after 15-year-old Jaime Gonzalez was repeatedly shot in a hallway at Cummings Middle School in Brownsville. No one else was injured.

"Why was so much excess force used on a minor?" the boy's father, Jaime Gonzalez Sr., asked The Associated Press outside the family's home Wednesday night. "Three shots. Why not one that would bring him down?"