And it restores your appetite too! 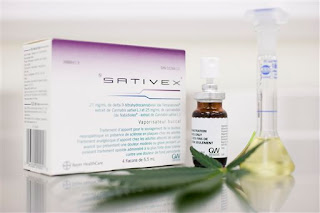 I guess why not.

SAN FRANCISCO (AP) - A quarter-century after the U.S. Food and Drug Administration approved the first prescription drugs based on the main psychoactive ingredient in marijuana, additional medicines derived from or inspired by the cannabis plant itself could soon be making their way to pharmacy shelves, according to drug companies, small biotech firms and university scientists.


A British company, GW Pharma, is in advanced clinical trials for the world's first pharmaceutical developed from raw marijuana instead of synthetic equivalents_ a mouth spray it hopes to market in the U.S. as a treatment for cancer pain. And it hopes to see FDA approval by the end of 2013.