No honor among thieves? 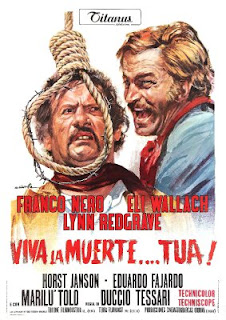 Defendant cops deal to plead against other defendant?

He may just have one very smart defense lawyer.

Man pleads to murder, agrees to turn on co-defendant
By Craig Kapitan - Express-News

A San Antonio man whose capital murder trial was set to begin this week has instead reached a plea deal.

Edgar Velasquez, 20, would have been the second of three co-defendants to face trial for the October 2008 slaying of Manuel Barrera, 33, who was fatally shot as he walked his mother-in-law to her car outside a Southwest Side VFW hall.

Prosecutors agreed on Friday to reduce Velasquez's charge to non-capital murder in exchange for a guilty plea and a promise to testify against co-defendant Brijido “Andy” Munoz if needed. If he successfully cooperates, Velasquez will eventually be sentenced to life in prison with the possibility of parole in 30 years.