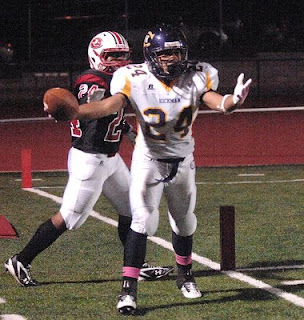 Penalty flag thrown for being out of bounds.

That's a lot of money they scammed.

How will restitution be payed to those scammed?

A San Antonio couple pleaded no contest Monday to setting up a fake international investing firm that scammed a former professional football player and others out of hundreds of thousands of dollars.

As a result of identical plea agreements, prosecutors agreed to seek a sentence of no more than 18 years in prison for each defendant for one count of theft of more than $200,000. The first-degree felony is usually punishable by up to life in prison.