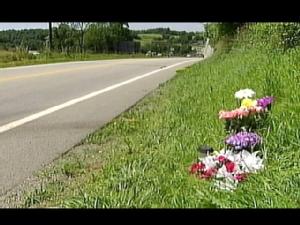 While 6 years may not seem like much I am gratified to see that the jury didn't buy into his "I did missionary work so don't punish me" meme.

He was at a strip club and had 8 to 9 beers got into his car and killed someone.

I think that Bexar County juries are waking up and smelling the coffee regarding DWI's and the dangers out there because of it.

Also I would be remiss if I didn't acknowledge the hard work of Bexar County DA Susan Reed and her staff in vigorously prosecuting DWI offenders.

After tears, apologies, driver gets 6 years for DWI death
By Craig Kapitan - Express-News

Intoxication manslaughter defendant Robert Gabriel Maycott and his family offered tears, apologies and photographs from past missionary trips to Mexico before asking jurors Thursday to consider probation for causing the death of a fellow motorist four years ago.

Jurors instead ordered a six-year prison sentence and a $10,000 fine.

Maycott, 25, had a blood alcohol level of at least .15 — nearly twice the legal limit — when he swerved his pickup into oncoming traffic along Loop 1604 in South Bexar County in December 2007. The truck hit another vehicle head-on, killing motorist Manuel Trujillo, 66.