Excessive use of force 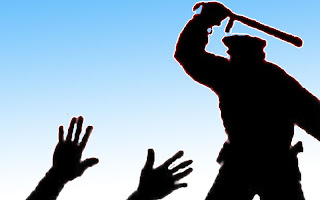 There's no excuse for this, whatsoever.

MANSA: In an outrageous and shameless incident, a cop in uniform brutally beaten up a young woman at the Bareta police station in Mansa. The woman was taken to the police station on accusations of snatching, theft and selling illicit liquor but instead of giving custody of the young woman to a lady contable, the head constable brutally beat her up,

The cop has been captured on camera. He has been placed under suspension and departmental action has been initiated against the SHO.

The woman Raj Kaur(23) of village Bhundar along with another woman Paramjit Kaur was taken to Bareta police station on complaints of some liquor contractors, said sources. Both women were already facing other cases of snatching and theft.