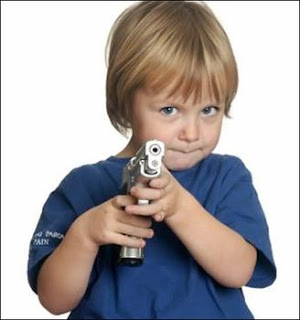 Boy, 10, arrested in Burbank for pointing gun at woman
CBSLosAngeles -


BURBANK (CBS) — A 10-year-old boy was arrested Sunday after reportedly pointing a toy gun at a woman who believed it was a real weapon.

The boy knocked on the front door of the woman’s house and allegedly pointed the plastic gun at a 67-year-old woman who answered the door, according to the Burbank Leader. The boy picked the house because the woman’s grandson reportedly beat up his friend at school, Burbank police Lt. John Dilibert told the paper.

The boy yelled “you suck” at the woman while pointing the gun at her, then running away, Dilibert said.